The Australian Camps Association has two types of awards.

The first, the Southern Cross Award, is made to a member of the camping industry, not necessarily an ACA or other association member, who has rendered strong and significant service to camping over a long period of time (usually not less than ten years).

There are currently six people who have received the Southern Cross Award:

In addition, the ACA on occasion awards Life Membership, awarded for contributions to the camp sector over and beyond a person’s work responsibilities. There are currently eleven people who have received Life Membership:

At the ACA National Conference in April 2021, the Board of the Australian Camps Association was pleased to award Brendan Smith with Life Membership of the Association. Brendan was nominated by Bec Fox from Queensland.

Bec says:
"I believe that Brendan Smith is very worthy of being a recognised individual who have both a lengthy membership of the Association and who have made a significant personal contribution to the wider camping sector and deserves being recognised through the awarding of ACA Life Membership. A few significant contributions, services and successes Brendan has displayed are not limited to the following:

The award was presented by ACA President, Pam Kappelides. 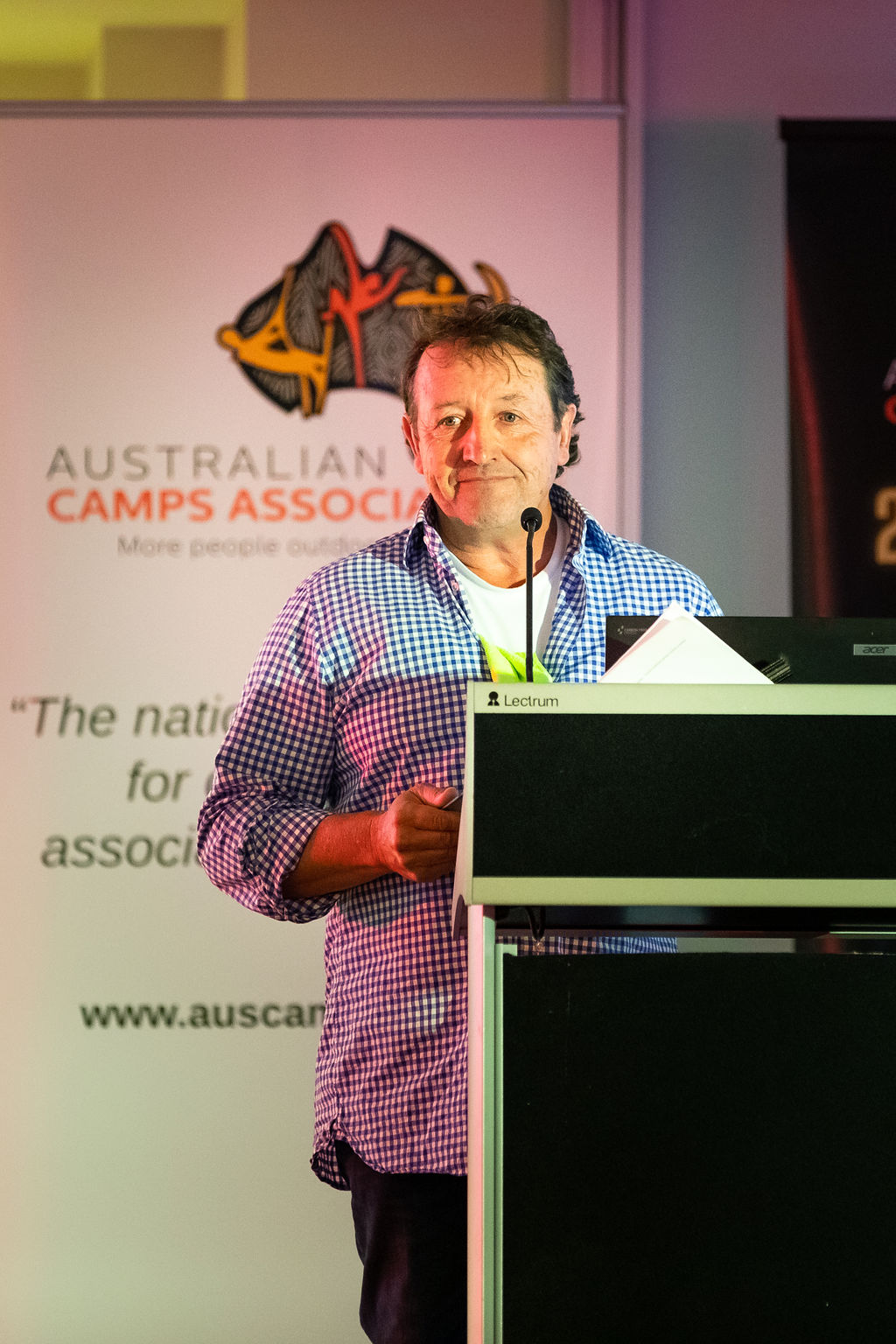 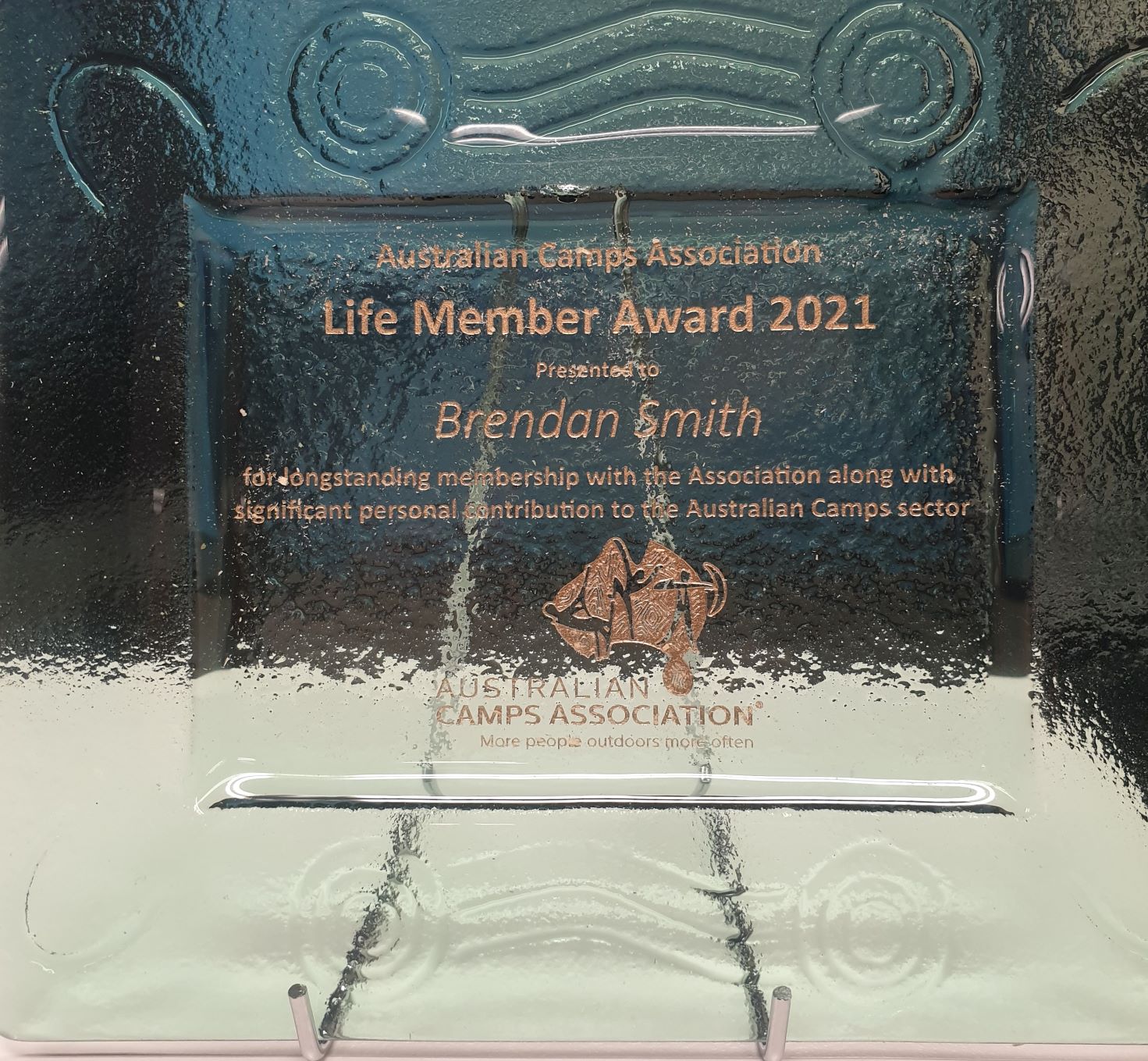 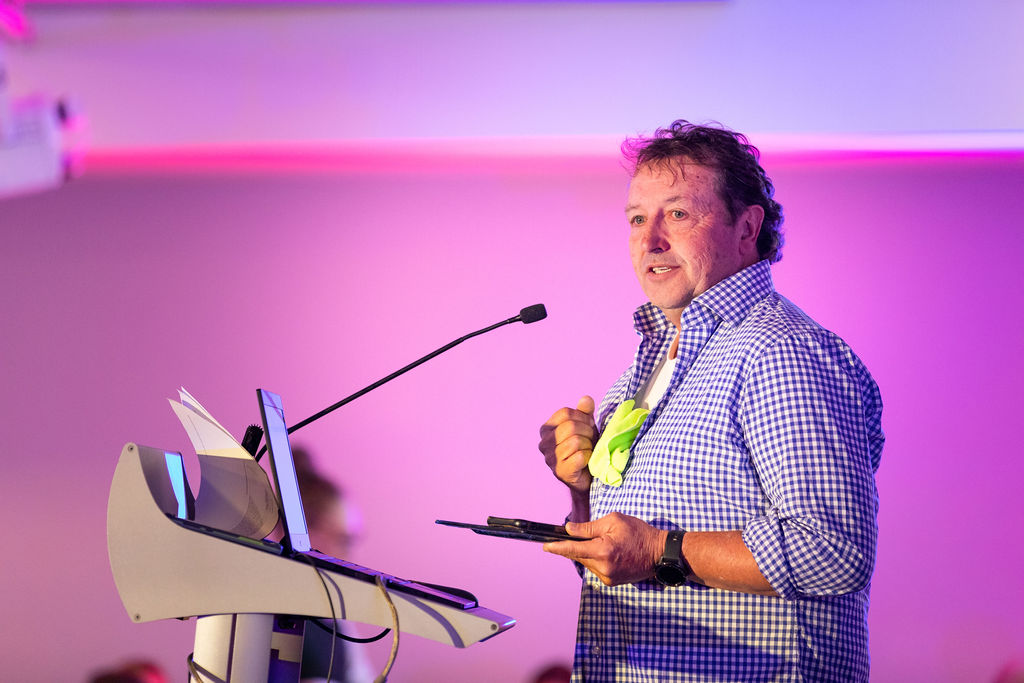 Brendan accepting his award at the 2021
ACA National Conference 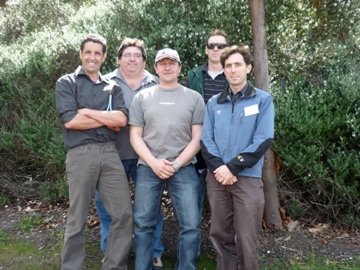 Brendan (center) with ICDC trainers at the
inaugural Australian ICDC in 2009.